Tonight's full moon will be the biggest and brightest full moon of the year. It offers anyone with clear skies an opportunity to identify easy-to-see features on the moon.
This being the first full moon of 2010, it is also known as the wolf moon, a moniker dating back to Native American culture and the notion that hungry wolves howled at the full moon on cold winter nights. Each month brings another full moon name.
But why will this moon be bigger than others? Here's how the moon works:
The moon is, on average, 238,855 miles (384,400 km) from Earth. The moon's orbit around Earth – which causes it to go through all its phases once every 29.5 days – is not a perfect circle, but rather an ellipse. One side of the orbit is 31,070 miles (50,000 km) closer than the other.
So in each orbit, the moon reaches this closest point to us, called perigee. Once or twice a year, perigee coincides with a full moon, as it will tonight, making the moon bigger and brighter than any other full moons during the year.
Tonight it will be about 14 percent wider and 30 percent brighter than lesser full Moons of the year, according to Spaceweather.com.
As a bonus, Mars will be just to the left of the moon tonight. Look for the reddish, star-like object.
Full moon craziness
Many people think full moons cause strange behavior among animals and even humans. In fact several studies over the years have tried to tie lunar phases to births, heart attacks, deaths, suicides, violence, psychiatric hospital admissions and epileptic seizures, and more. Connections have been inclusive or nonexistent.
The moon does have some odd effects on our planet, and there are oodles of other amazing moon facts and misconceptions:
A full moon at perigee also brings higher ocean tides. This tug of the moon on Earth also creates tides in the planet's crust, not just in the oceans.
Beaches are more polluted during full moon, owing to the higher tides.
In reality, there's no such thing as a full moon. The full moon occurs when the sun, Earth and the moon are all lined up, almost. If they're perfectly aligned, Earth casts a shadow on the moon and there's a total lunar eclipse. So during what we call a full moon, the moon's face is actually slightly less than 100 percent illuminated.
The moon is moving away as you read this, by about 1.6 inches (4 cm) a year.
The moon illusion
Finally, be sure to get out and see the full moon as it rises, right around sunset. Along the horizon, the moon tends to seem even bigger. This is just an illusion.

You can prove to yourself that this is an illusion. Taking a small object such as a pencil eraser, hold it at arm's length, and compare its size to that of the moon just as it rises. Then repeat the experiment later in the night and you'll see that the moon compares the same in both cases. Alternately, snap two photos of the moon, with a digital camera or your cell phone, when the moon is near the horizon and later when it's higher in the sky. Pull both photos up on your computer screen and make a side-by-side comparison.
Astronomers and psychologists agree the moon illusion is just that, but they don't agree on how to explain it.

You need to be a member of Wolf Connection to add comments!

Comment by Teo Alfero on February 21, 2010 at 9:17pm
Thamk you Michelle for the translation :) ... I'm a great fan of the moon and I'm glad to share that with you ... As I said before, thank you for your donation, every penny is very important to us and the animals.
All the best
Teo

Comment by Michelle on February 21, 2010 at 10:02am
In English
Thank you for this precisions on the moon
Yes the moon has an influence on animals, people and also plants : the size of the trunks of trees gets "fat or decreases" (very slightly, it's invisible to the eyes) according to the lunar phases ! It's as a breath
Yes the moon has an influence on the births : my son was born just between 2 full moons situated in the same month, we say that it's the blue moon
But I don't know the meaning
In december, 2009 there was also the blue moon ; this last day I reserved it for the exhibition Téotihuacan in Paris

Comment by Teo Alfero on February 20, 2010 at 10:37pm
Dear Michelle, thank you for your message and for your generous donation. Unfortunately I don't speak French, so I'll send it to a frend of mine that does and hopefully I'll be able to respond.
Loving and grateful howls to you
Teo 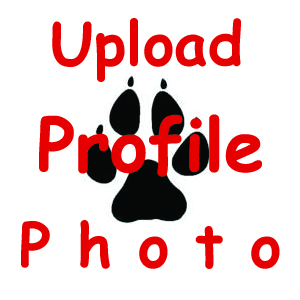 Comment by Debbie Rodriguez on January 29, 2010 at 9:54pm
Hey Teo,
Thank you for the great explanation of the moon. I'm watching in with awe and wonder tonight. take care